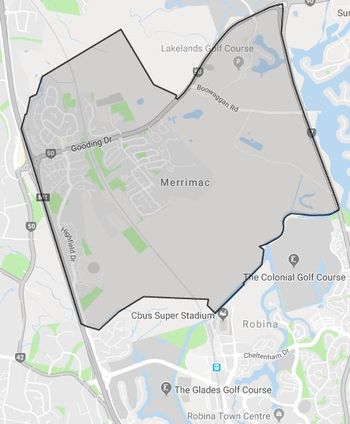 Merrimac covers an area of about 900 hectares or approx. 9 square kilometres (2224 acres) and had a recorded population of approximately 7000 people (at the 2016 Australian Census).

It is surrounded by the suburbs of Mudgeeraba, Worongary, Robina, Carrara, Clear Island Waters.

There are approximately 1,531 houses and 1,307 units in Merrimac which sits in the Gold Coast hinterland west of the M1 Motorway in the central region of the city.

Residents say they love the area as it is so close to the M1 Motorway, providing easy access to all that our beautiful Gold Coast has to offer!

Merrimac is an affordable and family orientated area with a range of fantastic schools (click here).

There are lots of parks for the kids to play and dogs to run around in.
Discover the unique Faerie Park (Inwood Circuit), a magical playground and park for both boys and girls. Cross over Troll's bridge or explore Goblin's Cave - a 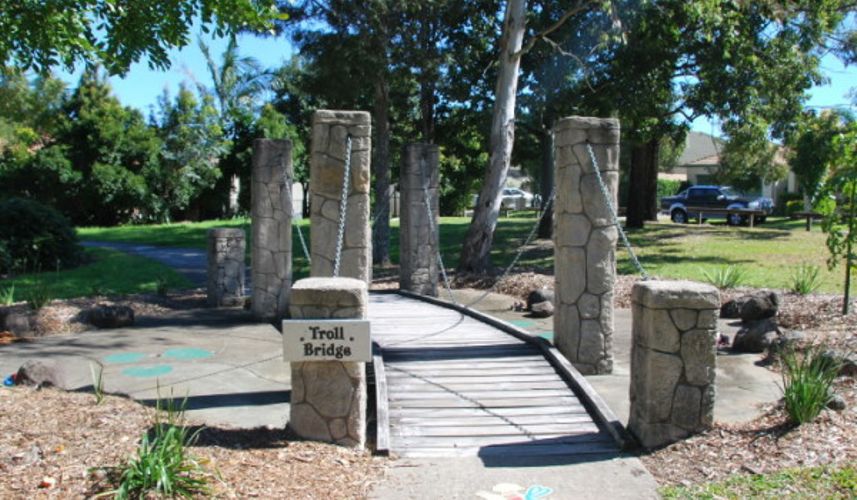 favourite with the boys and for the girls, brightly coloured toadstools provide the perfect spot for storytelling or the wishing well for imaginary coins. It also has a traditional playground, with swings and a spider web climbing net.

Merrimac offers homes for young couples, families, retirees, as well as investors (with good rental returns). For downsizers, there are smaller blocks but the suburb also offers houses on bigger blocks with great views.

It is also less than 10 minutes to Robina Railway Station, Public and Private Hospitals and the medical precinct and Robina Town Centre shopping, dining & entertainment.

The area was a pastoral run between 1868-1897.  The original wetlands (now developed into Lakes) were extensive and through them the Gin House, Boobegan and Mudgeeraba Creeks. The whole area was acquired by Thomas Stephens in 1873, (the ex-Mayor of Brisbane 1862) who used the area for grazing.  His wife reputedly named the locality Merrimac. 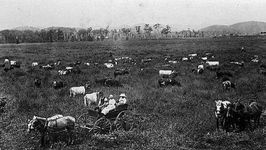 When the Stephens family's area was subdivided for farming in the early twentieth century it was used for dairying and banana growing with the dairying centred around a milk storage and distribution centre at Merrimac. The Merrimac primary school was opened in 1917.

Until the 2000's Merrimac was less intensively developed, with rural/residential subdivisions, horse paddocks and plant nurseries. Golf courses were built on flood-prone or river catchment areas. Between Merrimac and Carrara there are four golf courses and another, Paradise Springs, adjoins Merrimac's border with Robina.

For a full history of the region  see beautiful, historical Mudgeeraba

On the market in merrimac